For those that get all, most, or some of their Blat fix via two wheels, the annual pilgrimage to the Island for the MotoGP is the paragon of Blat!
The choice of ride and the choice of route are central to the preparations. I rode to the Island on a 2007 Repsol Replica Fireblade, one of 300 released here. It is a bike with particular significance this year in that it was this bike, that celebrated the 2006 world title win by Nicky Hayden. The route would be through the Alpine Way, Tallangatta, Bright, the Alpine Road to Bairnsdale, then across to the Island. 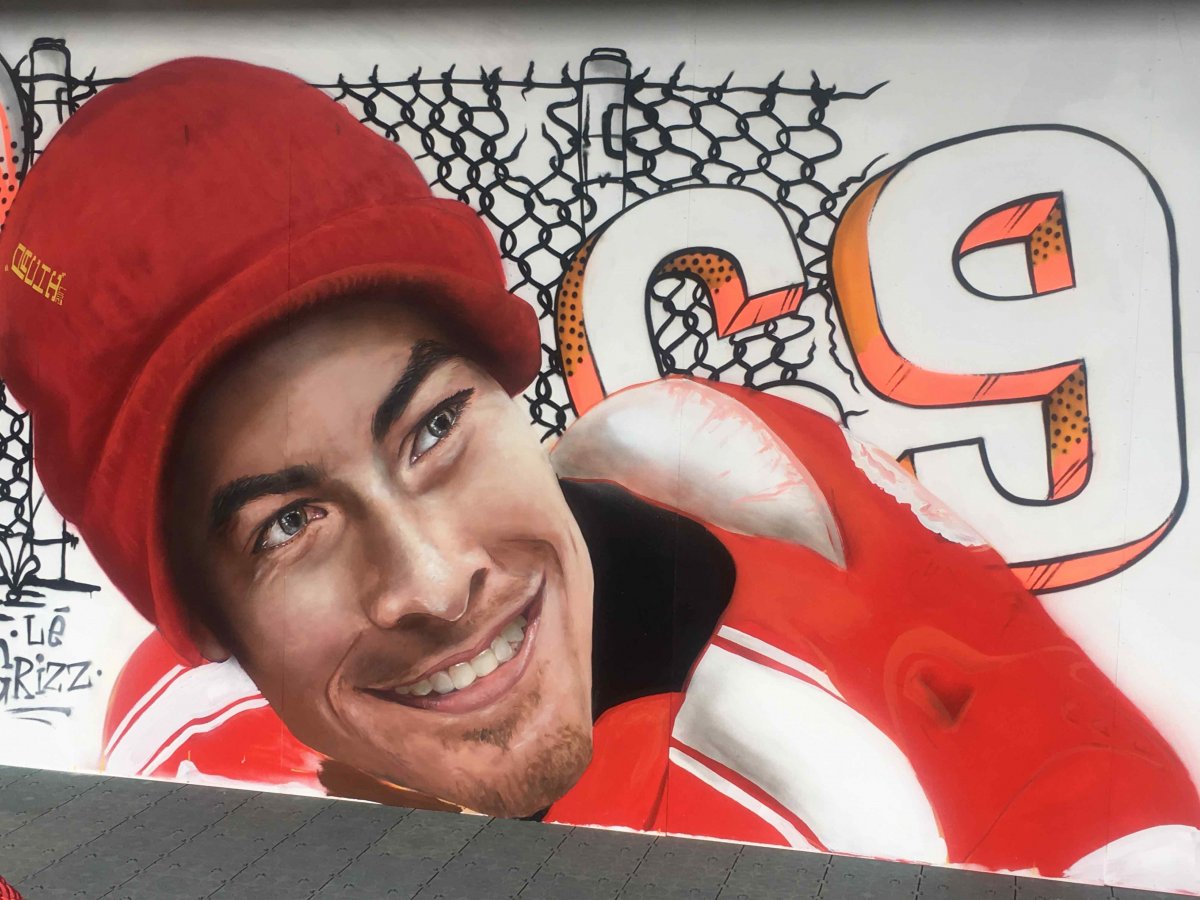 We left under blue skies on Tuesday morning with some of the crew arriving from Brisbane and Central Queensland the day before. This is the other great thing about the Blat to the Island. I have never ridden down with the same crew on any given year. As preparations commence word goes out and inevitably someone’s mate or a mate of someone’s mate wants to tag along. The cool thing about this is that after the shared banter of the Blat and a few days sharing a house together; in fairly short order, your mate’s mate becomes your mate, and the circle grows.
By the time we hit Jindabyne we were starting to link up with the gathering throng of bikes heading south. The ‘Riders United’ promotion that associates with the MotoGP is more than an advertising catch phrase; it’s an accurate representation of what actually happens. Everyone you meet is friendly as they talk about the travelling bike show that surrounds you; they ask where you’re from, how you got there and where you’re staying at the Island. As on other occasions I met some really nice people on the way and I was happy to meet them all - with the one notable exception being the traffic cop outside of Khancoban; ….. yeah, him not so much! 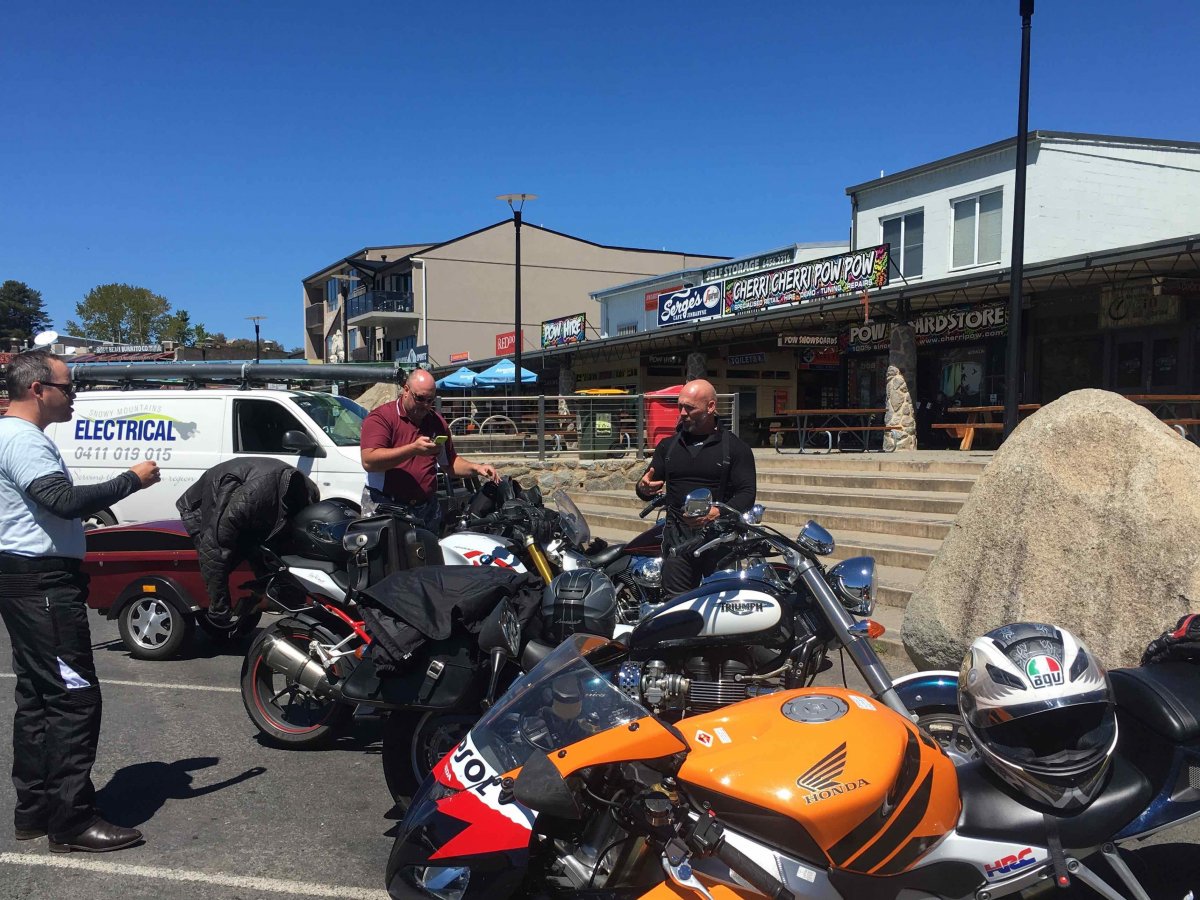 After a night at Tallangatta we headed towards my favorite part of the Blat - the Alpine Road. The run along Tawonga Gap road into Bright was the perfect appetizer for the rest of the day’s ride. Speaking of which we had a quick breakfast at Bright; the Ginger Baker Wine and Bar Café; a top little spot on the left as you head to Hotham. 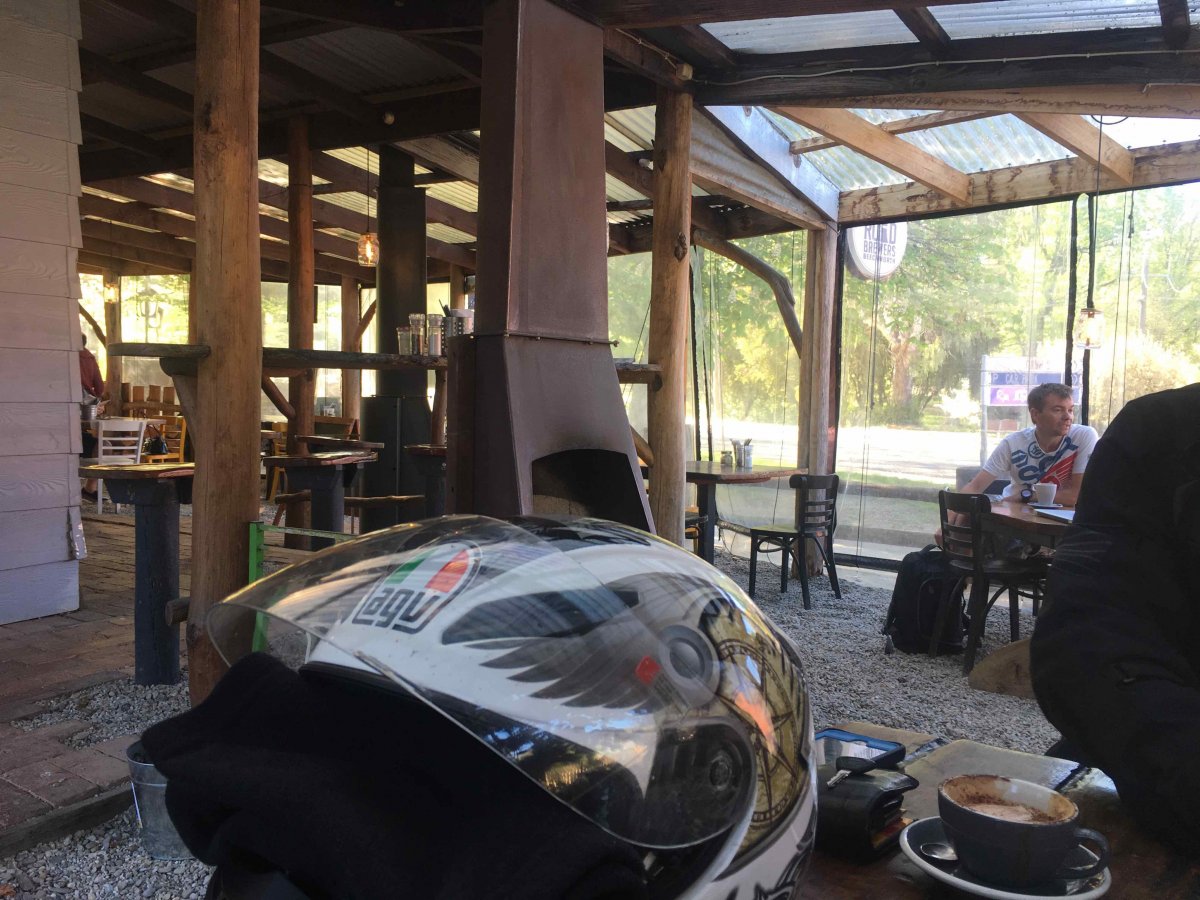 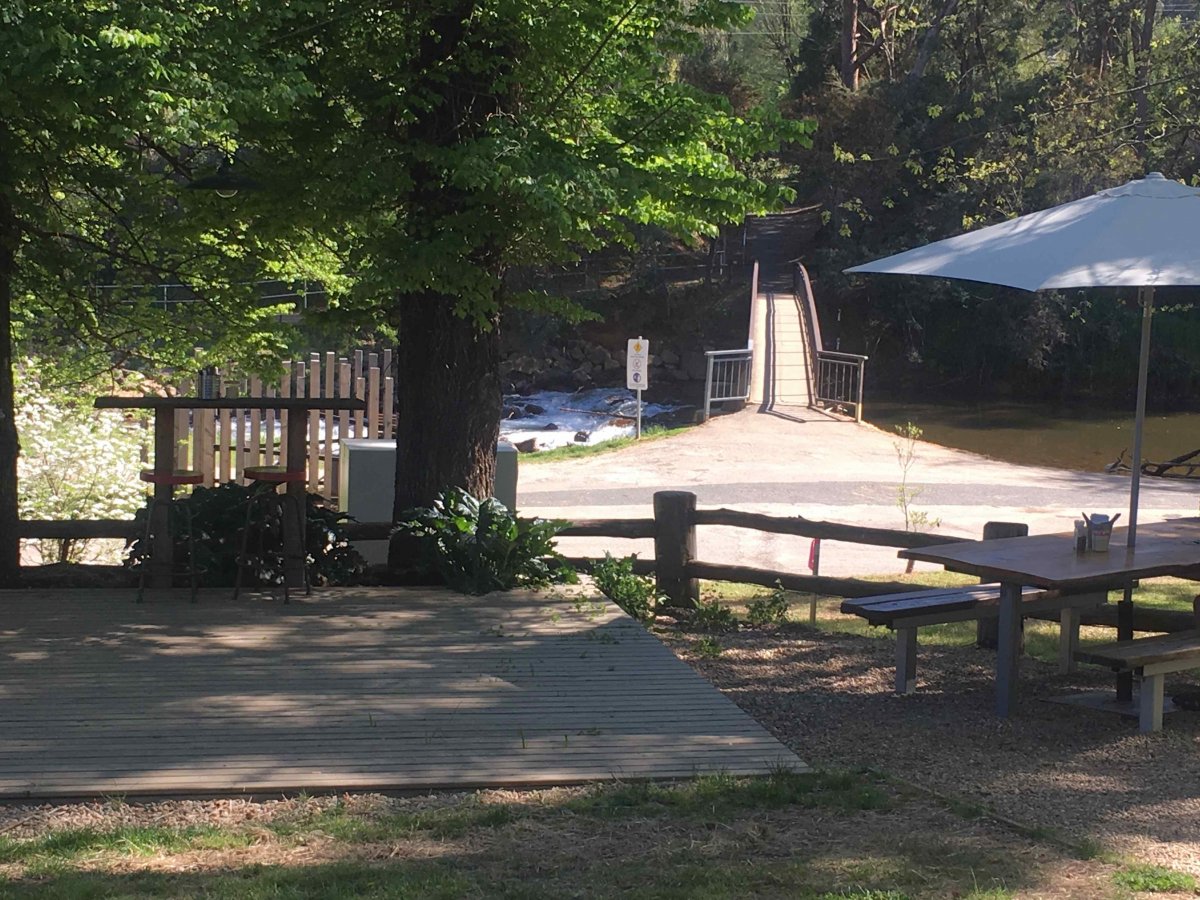 For the likes of Michael Cheritto in the movie Heat, circa 1995; “the action is the juice”; and that’s cool, but for me the anticipation, the savoring of what’s about to unfold in front of you – that’s the juice! The sun is up, the sky is blue, the white blossom is dancing in a gentle breeze as we leave Bright and look up towards the summit of Mt Hotham. Weather is perfect, the bike is purring, I’m here (which was not a given after a full knee reconstruction a few months back as a result of a random act of stupidity - which was not bike related I hasten to add!) and I’m about to ride one of the best pieces of road in the country. Through the twisties up to the summit – I rode like a God! (Not really, not even close – but that’s what it feels like). At the top at the Hotham Alpine Village there is just enough time to yell incoherently at your new mates about how you somehow managed not to use the corner exit as a launching pad off the side of the mountain, before it’s off down the road to Omeo 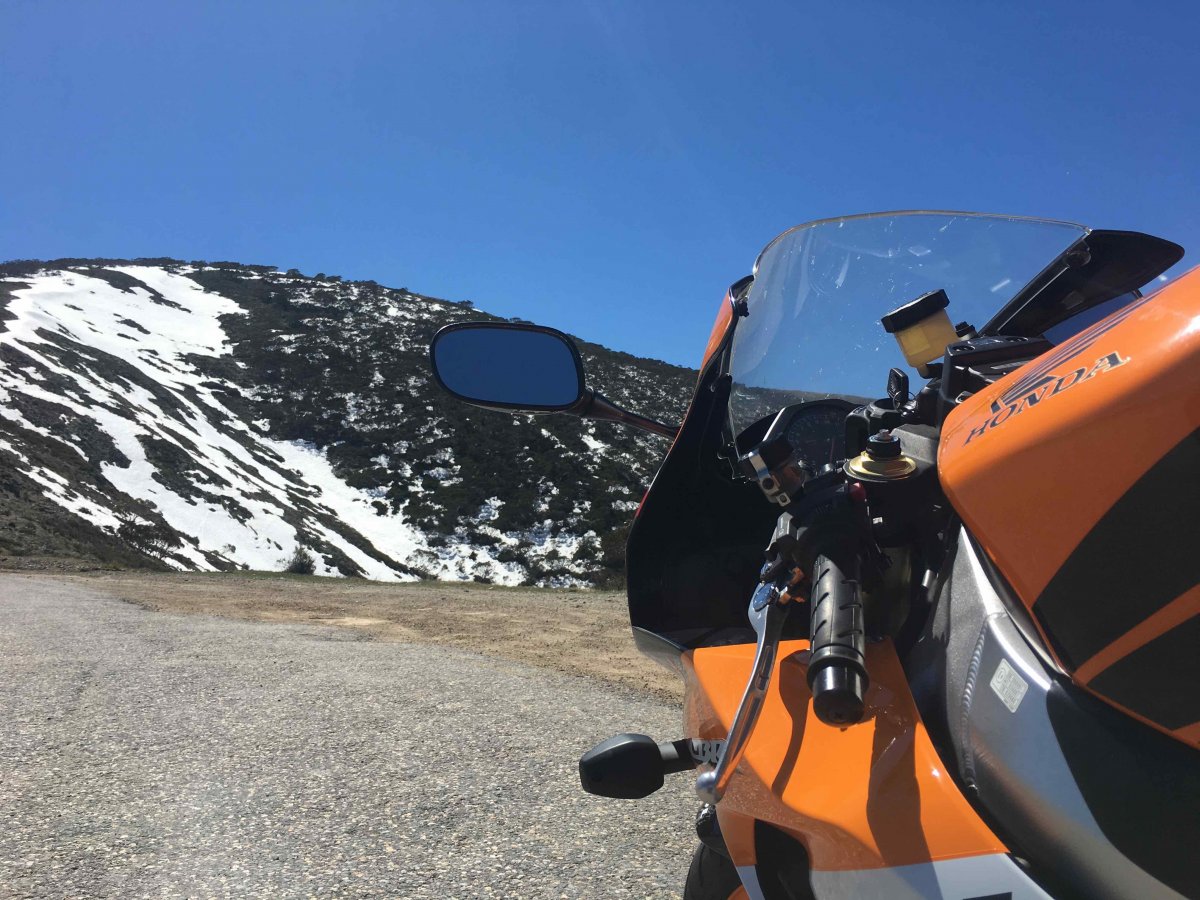 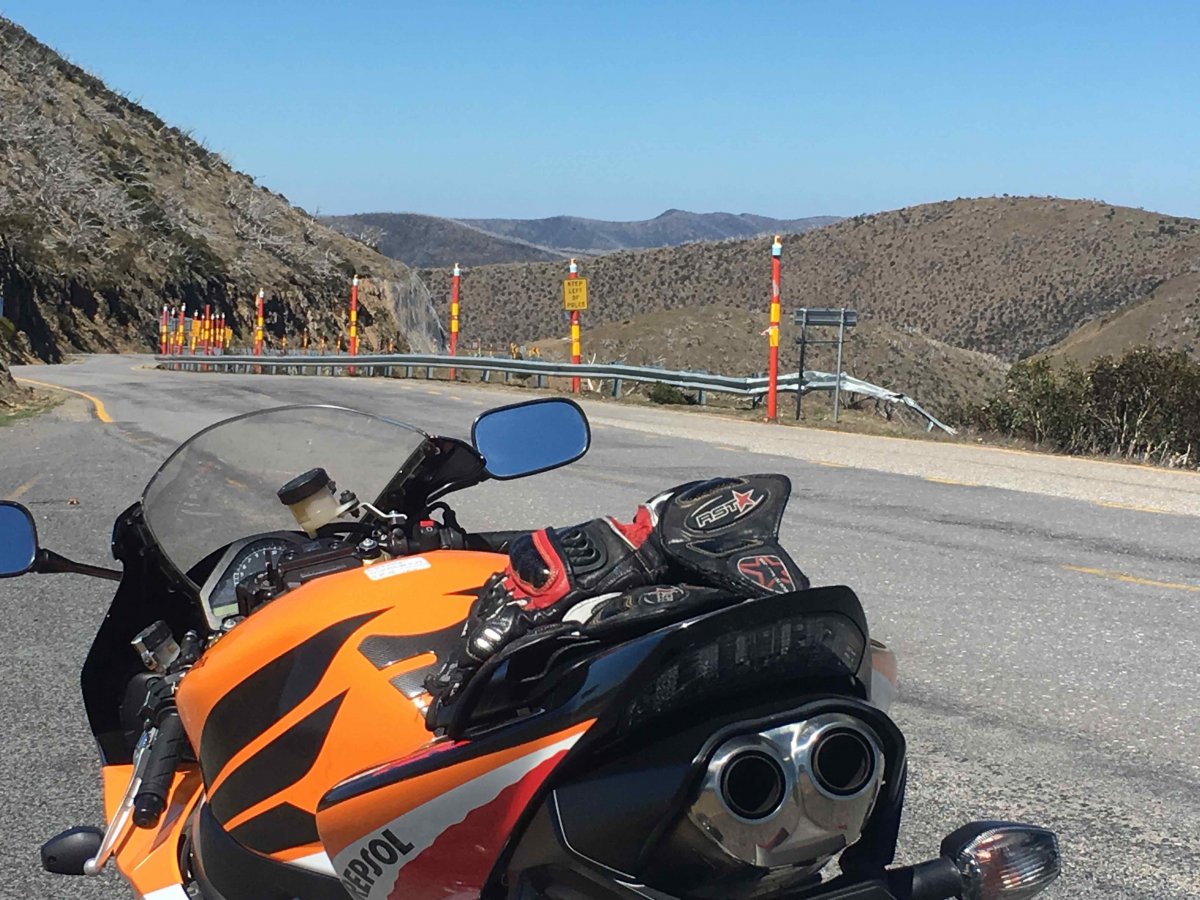 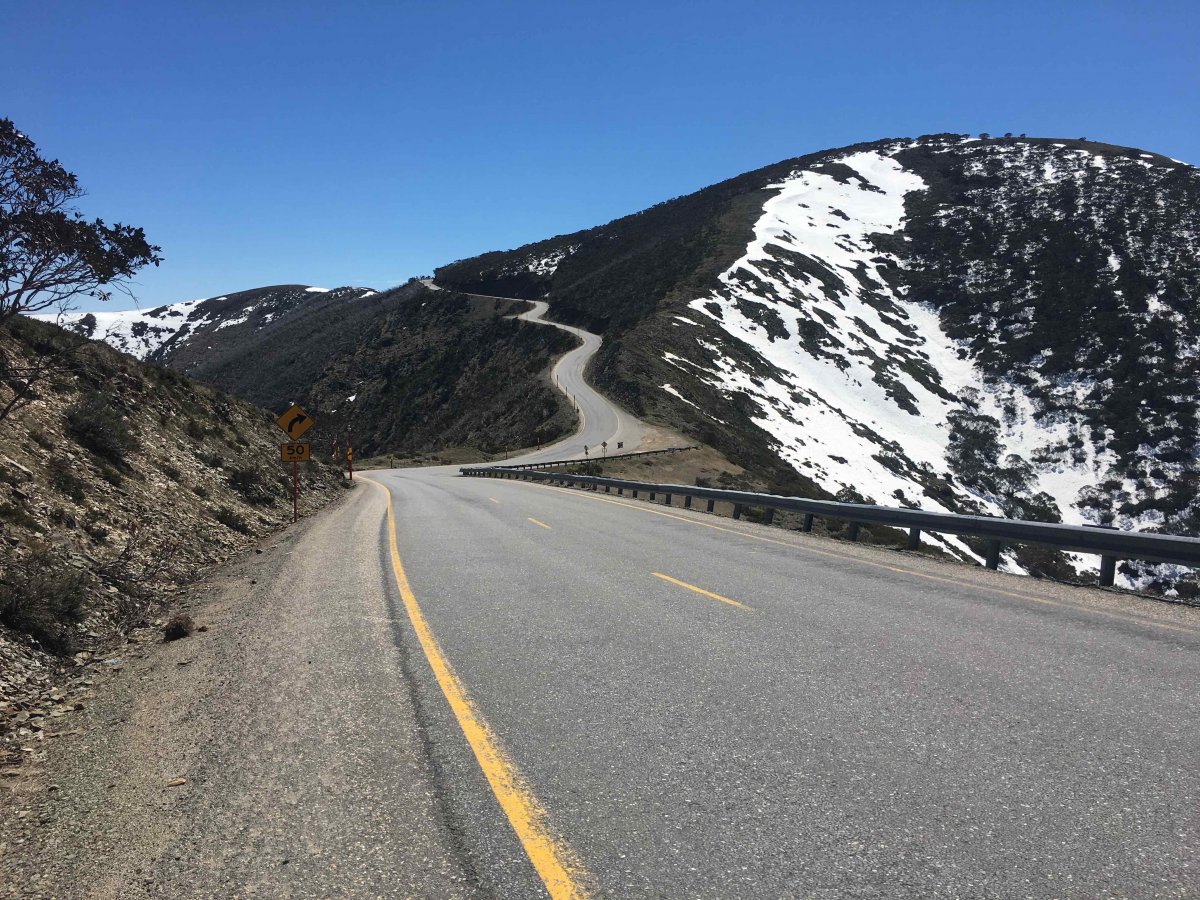 The southern run from about Tongio onwards you get the Tambo River for company on your left hand side. The cool thing about a lot of this section is the corners are open and you have good vision of how they open out or tighten up in front of you. It just feels like you should be riding through some flash part of Europe or something – very cool! 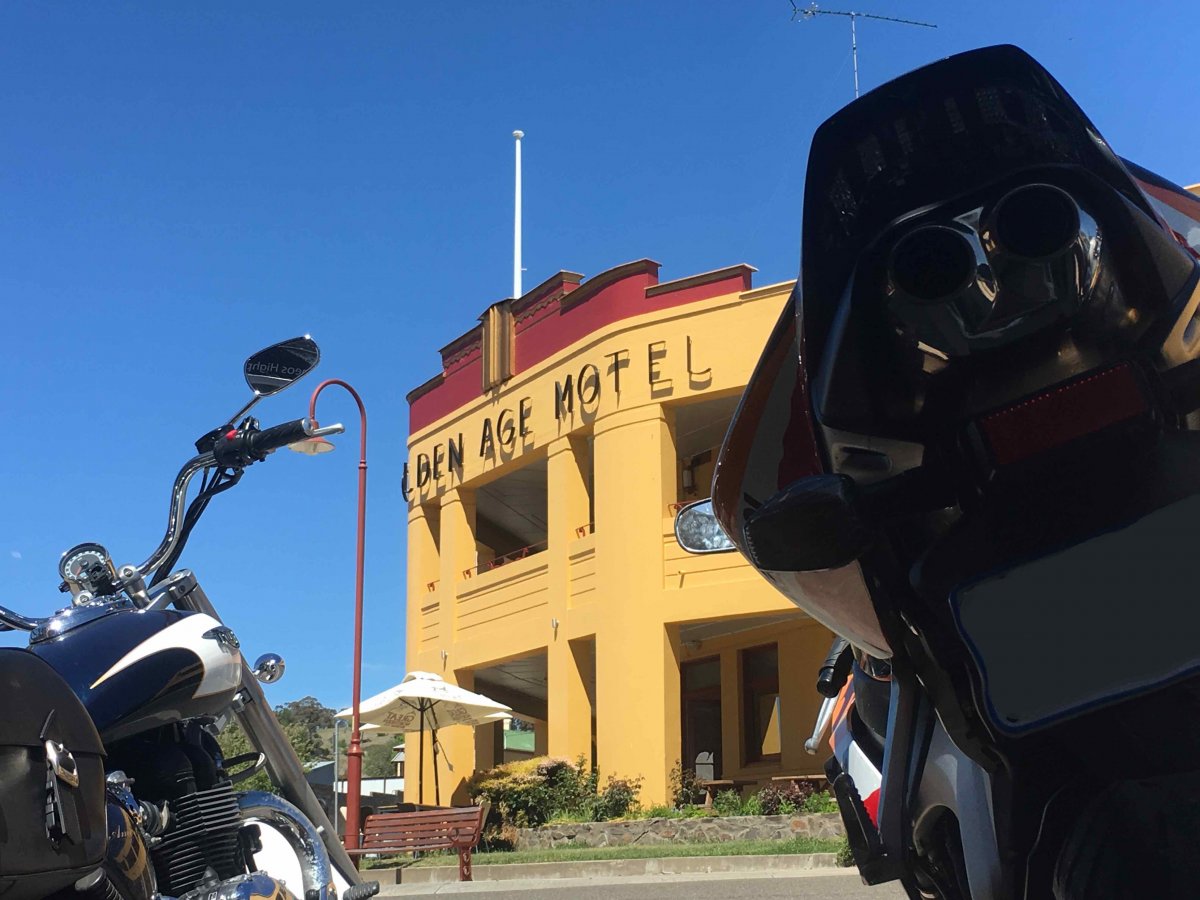 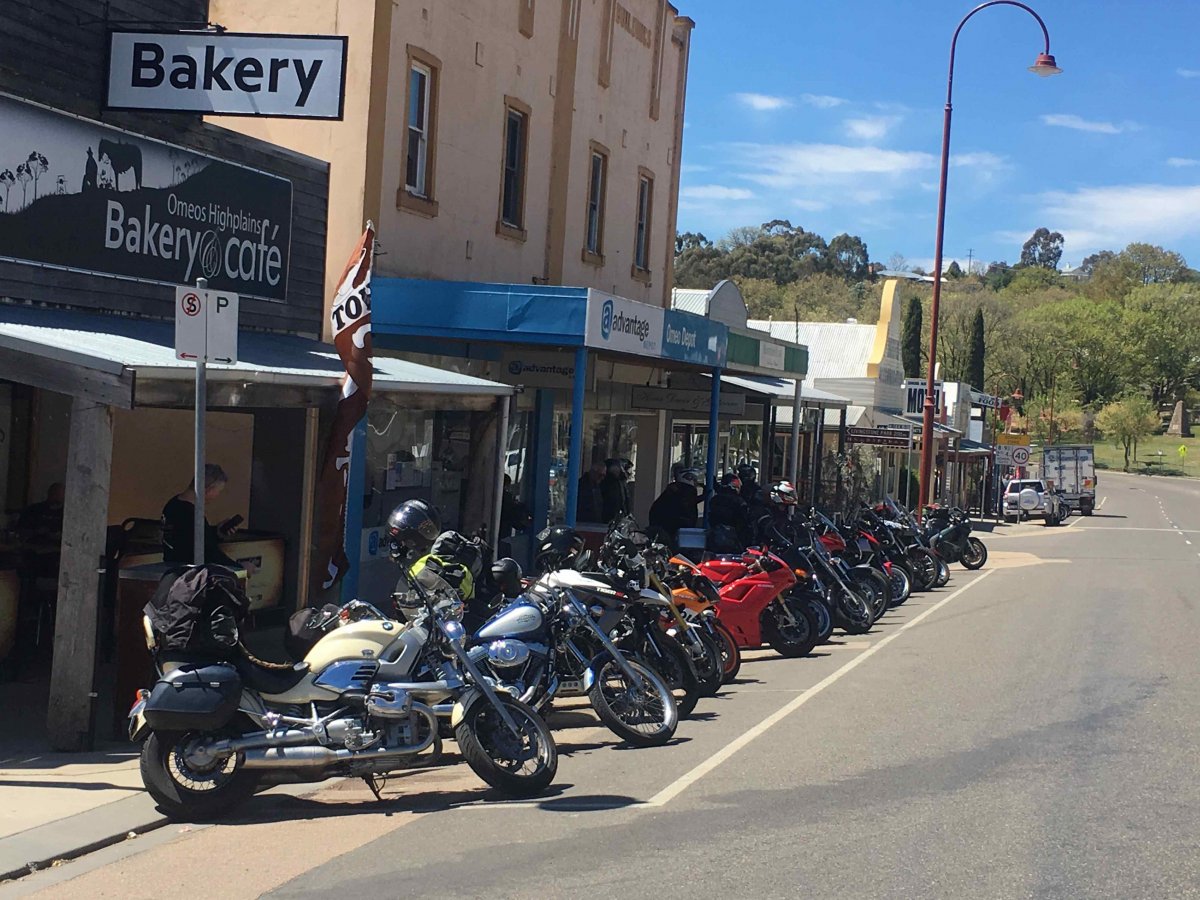 Day three started with a quick look at the several hundred bikes that had begun to assemble next to the church and opposite the water tower on the main street of Bairnsdale for the Barry Sheene Tribute ride. We left town and set ourselves up down the road at the bakery in Rosedale and watched the procession of riders go through just before 10am. 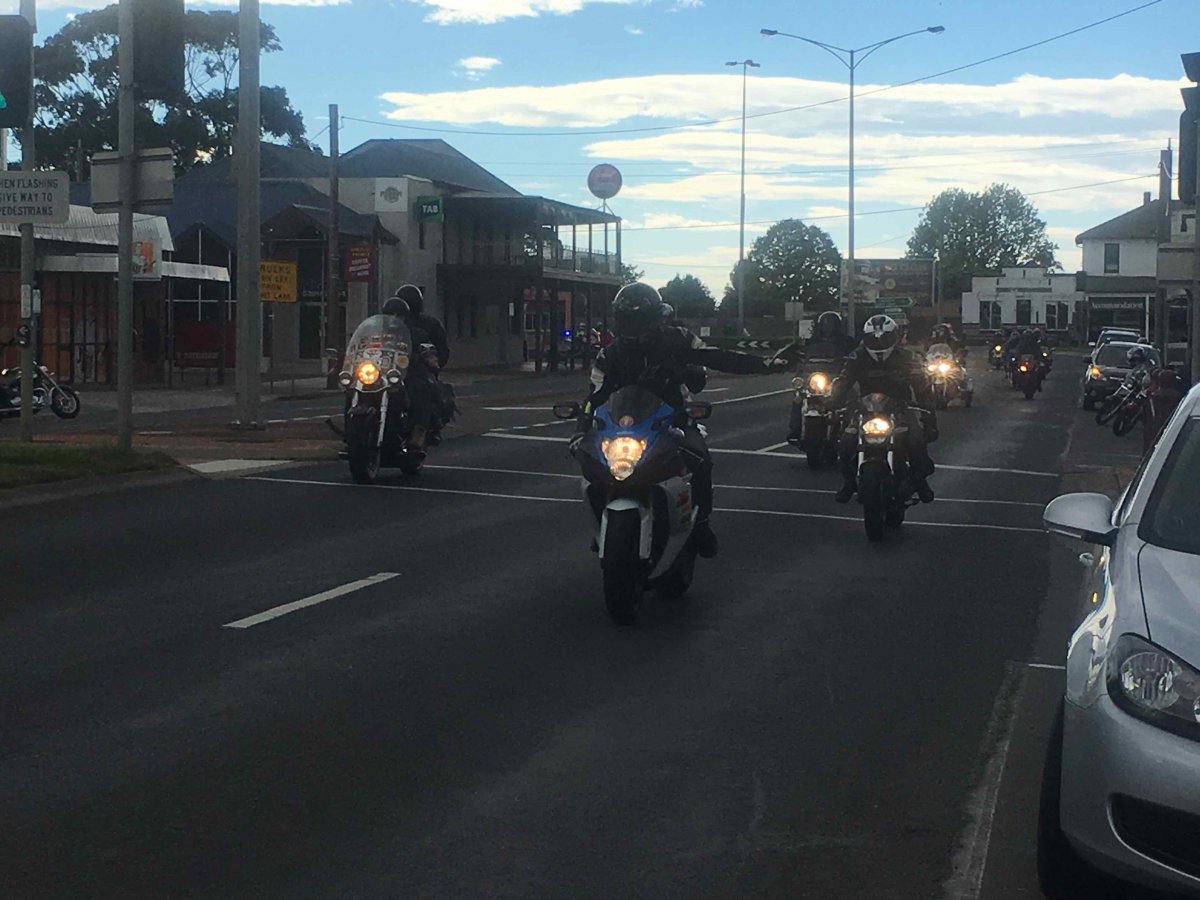 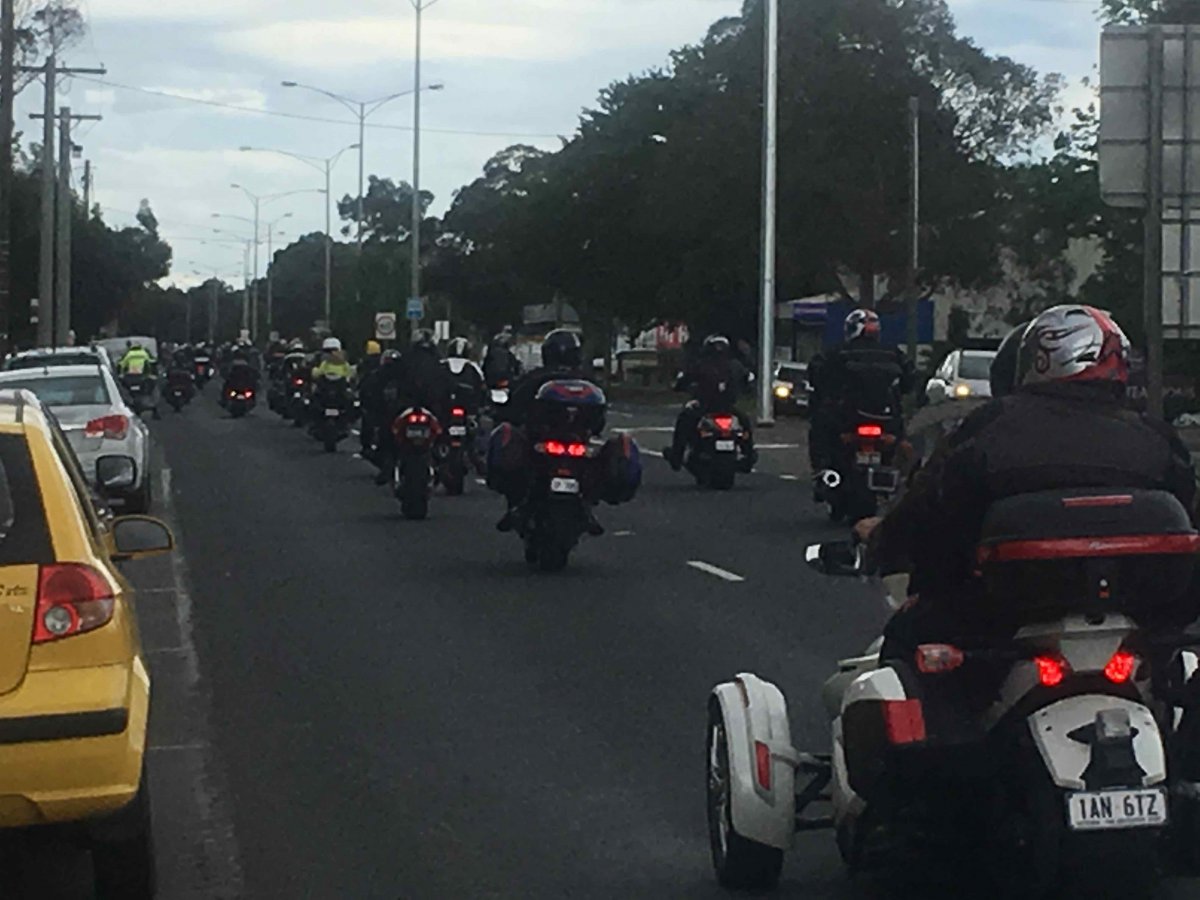 It was starting to feel weird though, something was missing, like a Ducati without a rattly clutch or something. But then it happened - and normal transmission resumed …… it rained on the run into the Island! You can’t ride all the way to Phillip Island and it not rain. Notwithstanding the inclement weather, the sight of the flags over the bridge from San Remo let me know we were back at the MotoGP! A quick stop at the information center to pay homage to the statues of the sages of speed and then it was on into Cowes, to do the obligatory run up and down the main street to formally announce your arrival!
All in all a very satisfying Blat! 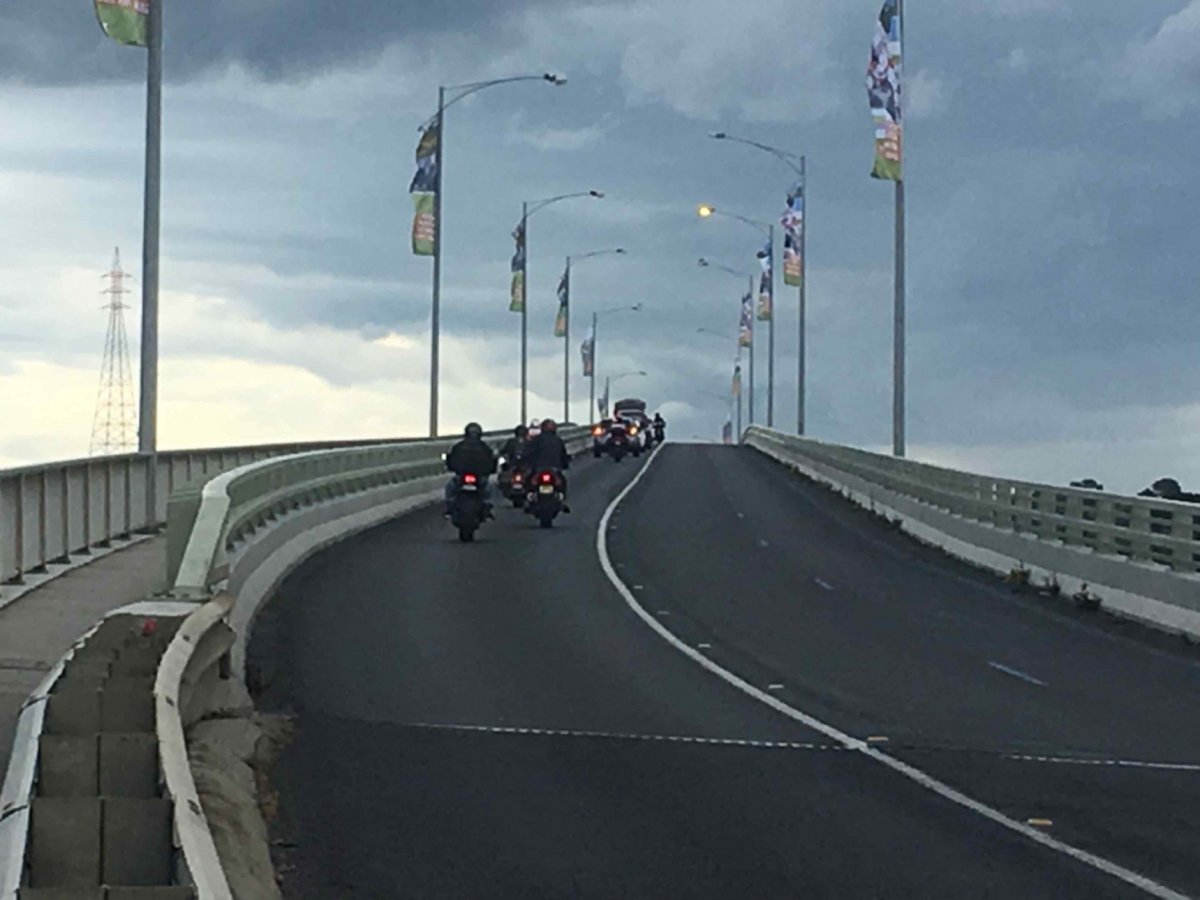 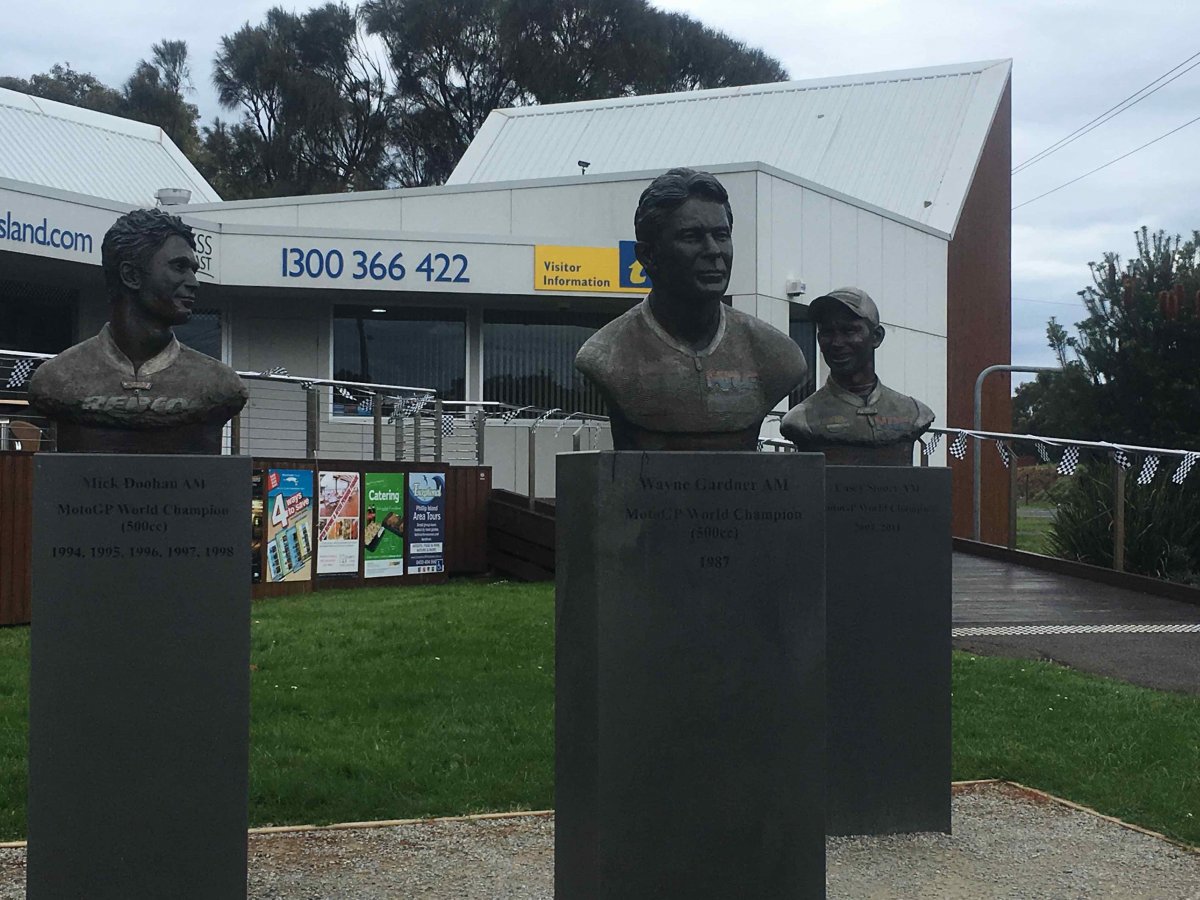